It’s All About Perspective

I love visuals that really give us a good grasp of things that otherwise we can’t wrap our brains around.

The photos below are usually put forth to show how insignificant we are: just a speck of dust living on a speck of dust in a speck of dust galaxy in an infinite universe. It is the humanists way of proving man is nothing special and there is no God that created us as anything special. After all, why would God “waste” all this other stuff when it obviously had nothing to do with us? How small minded. Let me give you the right perspective.

Yes, I said “right”… I’m declaring there is a TRUTH here to be proclaimed and its factual, undeniable and absolute. Imagine that… someone claiming there is a “right way” to view something other than just another opinion that’s not more right or valuable than any other opinion. How intolerant. How politically incorrect. How 1800’s.  I long since got past worrying about being called names or intolerant or any of that other babbling nonsense that relativists and God-deniers spew at anyone who believes “God the Creator” to be an absolute non-negotiable reality.

The photos below show the magnificence of God, His incredible power and majesty. Imagine than He spoke into existence everything you see in these photos with mere few Words in a moment of time. Imagine that He created it for our enjoyment, to sustain our world, to perfectly balance life as we know it in such a way we could live to His glory… both to admire His Glory and proclaim His Glory.

The Man In The Middle

Let me throw in another observation that I will freely admit is pure conjecture, yet I think the evidence supports it. Imagine all those photos below and the indescribable size of the universe that holds it all… now imagine – in this modern age of science – the smallest known elements of life. Not atoms… that’s old school from back when I rode my horse to elementary school. Now they have quantum physics and there are elements of life exponentially smaller than the atom. Consider this:

If you take the largest material things we can imagine (the universe) and the smallest (the quark?) guess what part of creation seems to be the midpoint between the two? MAN. Is that a proven scientific fact? Not that I know of but on the surface it appears to be true, and from a spiritual standpoint, knowing that Man IS God’s special creation (all creation exists as a home for Man created by God) it makes perfect sense. Just something to think about. Something FASCINATING to think about.

Some day, every person will know this truth (God the Creator) beyond doubt. For some it will be too late. For others, it will be a long awaited time of affirmation and joy when sin will be gone, and the pure perfection of creation will be ours to enjoy for all eternity. Enjoy these and just imagine the power and love of your Creator who spoke this into existence so we would have a place to live. Consider the size of the earth compared to other celestial bodies: 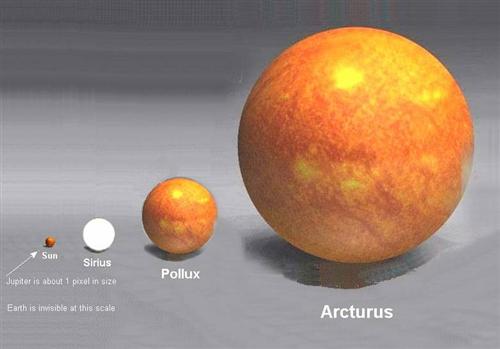 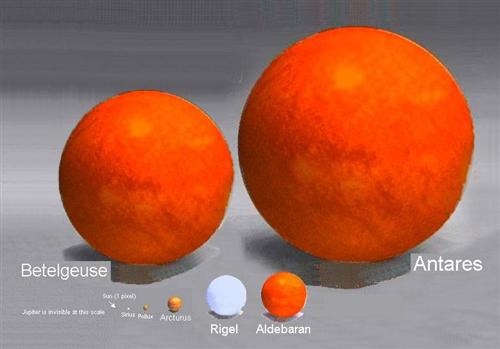 Those are just stars… in this deep space photo each “star” is actually a galaxy that has billions of stars. Keep in mind that this photo represents less area than a pinhead if you were to hold up a straight pin at arms length in the night sky:

And this is a photo of one of the blackest most “empty” parts of the universe.  Empty?

Does this view this feeling like an insignificant speck? Or the child of a Creator who has infinite power and imagination?

Does it help you put life in perspective? How big are your problems when you can turn to a loving God who created all this?